> The Media is Lying About the 'Second Wave' - pirateswithoutborders.com

The Media is Lying About the 'Second Wave' 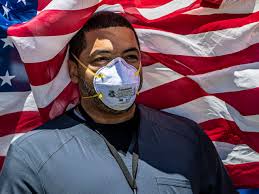 The coronavirus outbreak was all about the number of dead. The narrative was intended to boost governors like Cuomo in New York and Whitmer in Michigan, who turned their states authoritarian under the false notion that destroying people's jobs, freedom, and lives would somehow keep a virus from doing what viruses always do: spread through a population until eventually losing strength and dying out.

The "death count" was always the headline.

But then all of a sudden early in June the mainstream media did a George Orwell and lectured us that it is all about "cases" and has always been all about "cases." Death, and especially infection fatality rate, were irrelevant. Why? Because from the peak in April, deaths had decreased by 90 percent and were continuing to crash. That was not terrifying enough so the media pretended this good news did not exist.