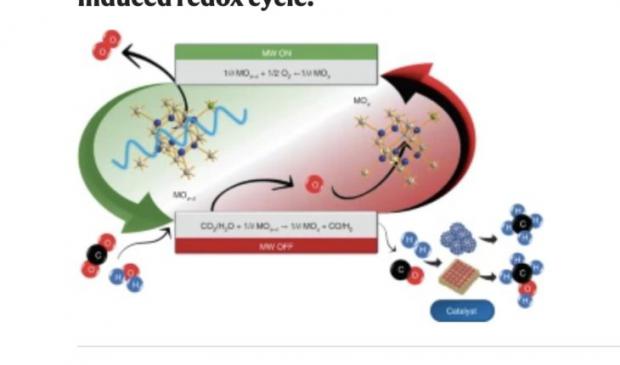 This will simplify and significantly cheapen the process for hydrogen production.

Water was reduced via reaction with non-equilibrium gadolinium-doped CeO2 that was previously in situ electrochemically deoxygenated by the sole application of microwaves. The microwave-driven reduction was identified by an instantaneous electrical conductivity rise and O2 release. This process was cyclable, whereas H2 yield and energy efficiency were material- and power-dependent. Deoxygenation of low-energy molecules (H2O or CO2) led to the formation of energy carriers and enabled CH4 production when integrated with a Sabatier reactor. This method could be extended to other reactions such as intensified hydrocarbons synthesis or oxidation.