Microsoft wins U.S. Army contract for augmented reality headsets, worth up to $21.9 billion...

AirCrete - Everything you Need to Know

Ambri: A Battery that Could Change the World

This house was 3D-printed in just 24 hours 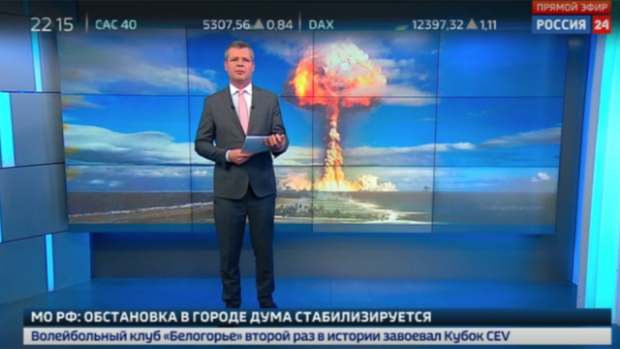 "We strongly condemn such actions and call for Syria's sovereignty and territorial integrity to be unconditionally respected," Russian Foreign Ministry spokeswoman Maria Zakharova said at a press briefing.

Other Russian officials, including a prominent senator for foreign affairs, Sergei Tsekov, blasted the American aggression as an "extremely outrageous" move, saying further, "Now, if someone struck a blow on U.S. territory, what would that look like? They strike at the territory of a sovereign republic without the consent of Syrian leadership."

But perhaps the most interesting detail is that Russia's defense ministry was forewarned about the strike shortly before it happened. Russian Foreign Minister Sergei Lavrov confirmed as much - saying the warning came a mere "minutes" before they commenced.

"This sort of warning — when strikes are already underway — gives (us) nothing," Lavrov said according to Moscow Times.