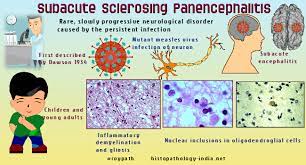 Hidden government documents have revealed that leading professionals have had serious concerns about the safety of the single measles vaccines for many years.

Secret government documents that have been under lock and key for thirty years have revealed that the UK government has known for many years that the single measles vaccine can cause the debilitating neurological disorder SSPE or Subacute Sclerosing Panencephalitis.

SSPE is a degenerative neurological condition, which affects a person's behavior, memory and coordination, leading to fits, blindness and eventually death. The Disabled World News 2010 [1] says that the symptoms a person with SSPE experiences are subtle:

They usually include symptoms such as changes in behavior and mild mental deterioration such as memory loss. The symptoms that follow are commonly involuntary jerking movements of the person's head, limb or trunk jerks, and additional motor function disturbances. The person may experience seizure activity, or become blind. As the disorder advances, the affected person might lose the ability to walk as their muscles spasm or stiffen. The person progresses towards a comatose state, followed by a vegetative state. People with SSPE commonly die as a result of fever, heart failure, or their brain's inability to continue controlling their autonomic nervous system.