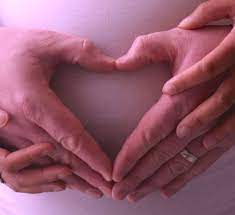 It was a cruel blow for a man in his golden years when things like playing with grandchildren, passing knowledge onto younger generations, and picking up new hobbies tend to be the features of one's week to week, but Lay took it in his stride.

"I was disappointed to have a diagnosis like that, but I was also very grateful to be 70 years old and to have lived a wonderful, rewarding life and to have so many great people in my life," Lay said. "This was something that we would learn to deal with and to learn from it and to contribute something if we could."

In order to contribute, Lay was enrolled in a phase 2a trial from Coya Therapies at Houston Methodist Hospital, who are currently designing a novel treatment for ALS that involves seeing if T-regulatory cells, or "Tregs," could potentially be re-trained to halt the attack on one's own cells which characterize autoimmune diseases like ALS, and also neurodegenerative diseases like Alzheimer's.