> Disney CEO Bob Iger: Those of Us in Positions to Influence Laws, Shape Culture... - pirateswithoutborders.com 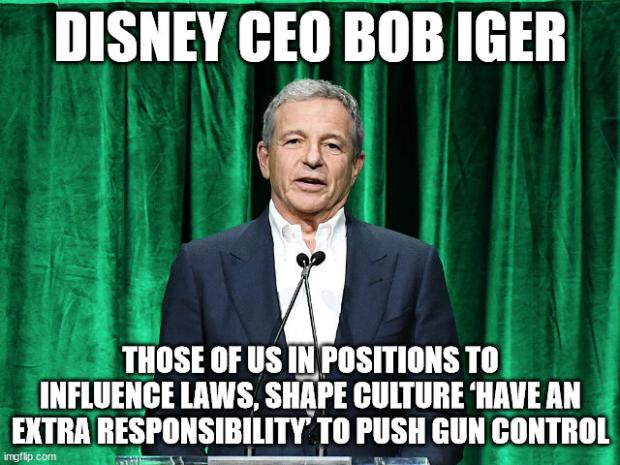 Disney CEO Bob Iger attended a Sandy Hook Promise Benefit and referenced people in influential positions and suggested that those who shape culture "have an extra responsibility" to push gun control.

Sandy Hook Promise is the group with to whom country singer Tim McGraw donated concert proceeds for a gun control fundraiser in July 2015.

On April 16, 2015, Breitbart News pointed to McGraw's planned participation in the fundraiser and he responded to the coverage by telling MSNBC's Joe Scarborough, "I lead my life leading with my heart, I do the things that I can do and support the causes that I support, try to help in the areas where I can help, and I do that with my heart. If I have a decision to lead with my head or my heart, I'm going to lead with my heart every time."

The Hollywood Reporter noted that Iger, Barack Obama, and actor Matthew McConaughey all gathered in New York Tuesday, where they honored the work of Sandy Hook Promise and continued the push for more gun control.