> Chinese "laser rifle" sounds a bit too sci-fi to be true - pirateswithoutborders.com 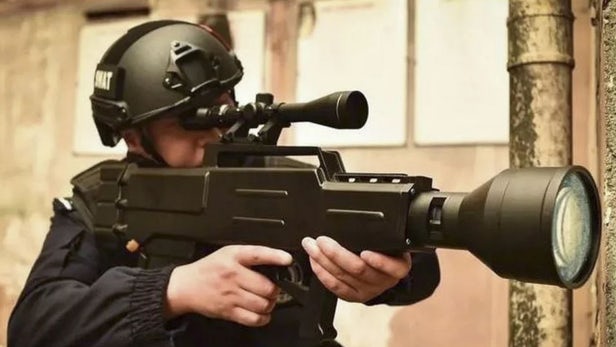 In a report in the South China Morning Post, Chinese researchers say that the ZKZM-500 laser assault rifle is a fully portable "non-lethal" weapon that can burn hair, skin and signs, and even penetrate and set fire to fuel tanks.

From Flash Gordon to Star Wars, handheld laser weapons are such a staple of science fiction that an announcement that China's ZKZM Laser company has produced a laser rifle that's streets ahead of anything the rest of the world has was bound to attract attention.

According to the South China Morning Post report, which appears to be the only source, the ZKZM-500 is a "15 mm caliber" weapon (though what that means in terms of lasers is unclear) about the size of an AK-47 assault rifle. Like a US thermal laser weapon we reported on a few years back, the ZKZM-500 is designed as an anti-personnel weapon. But while its American counterpart only gives a sensation of great heat without permanent damage, the ZKZM-500 can burn through clothing and set an entire person on fire – even if aimed through a closed window.