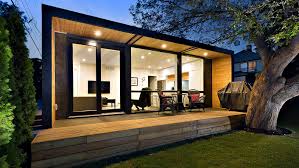 Sheila Gunst estimates that there are 33 million cargo containers around the world, half of which are empty. Many of the empties languish in United States because China ships $400 billion more in trade goods to the U.S. every year than the U.S. ships back. After making multiple trans-oceanic trips, used containers stack up in port cities like Norfolk by the thousands.

And therein lies a business opportunity. The shipping lines can recycle them as scrap metal… or sell them to someone like Sheila, an interior designer living in the Richmond area, who dreams about refashioning them into inexpensive dwellings

The idea of converting shipping containers into housing is hardly new—you just don't see much of it in Virginia. Other than a six-container Shrimp Shack restaurant under construction in Chesterfield County…But container dwellings comprise a hip new housing type that is increasingly popular among Millennials around the world and is inspiring architects to do marvelously creative things with big steel boxes.