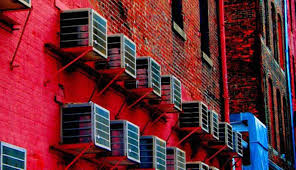 Scientists may have just found the perfect substitute for the inefficient and polluting gases used in most refrigerators and air conditioners.

Researchers from the UK and Spain have begun using a kind of organic plastic crystal called "neopentylglycol." (The word "plastic" refers not to its chemical composition, but rather to its malleability.)

When put under pressure, these plastic crystals yield huge cooling effects – enough that they are competitive with conventional coolants. Additionally, the material is inexpensive, widely available, and functions at close to room temperature.

Details of their discovery are published in the journal Nature Communications.

The gases currently used in the vast majority of refrigerators and air conditioners —hydrofluorocarbons and hydrocarbons (HFCs and HCs) — are toxic and flammable. When they leak into the air, they also contribute to global warming.

"Refrigerators and air conditioners based on HFCs and HCs are also relatively inefficient," said Dr. Xavier Moya, a professor from the University of Cambridge and leader of the research.