> We Will Build Cruise Ships in Space So Radiation Problems of Life Rafts Go Away - pirateswithoutborders.com 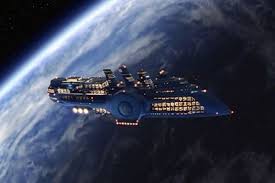 The problem comes from the assumption that we fly in Apollo mission like tin-cans.

We can build cruise ships in space with the SpaceX Starship so all of the radiation problems of tiny life rafts go away.

Europe's space agency talked about the radiation show stoppers for Mars Exploration. Astronauts are exposed to 200 times more radiation on the International Space Station than an airline pilot or a radiology nurse. A human on a Mars mission where the mission did not have radiation shielding would get radiation doses up to 700 times higher than on Earth. Data from ExoMars Trace Gas Orbiter showed that on a six-month journey to the Red Planet an astronaut could be exposed to at least 60% of the total radiation dose limit recommended for their entire career.