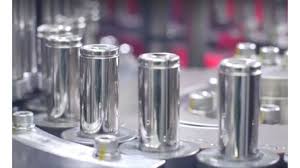 If battery development and production is a matter of being competitive in the US, it is a life or death deal in China. Literally. Mostly because of the country's huge megalopolises, some with more than 30 million people.

The high concentration of combustion engine cars in these relatively small places causes serious breathing problems, hence the country's concern in having more and more EVs. And it has recently achieved a major breakthrough in lithium production, according to the South China Morning Post.

While lithium international prices are currently between $12,000 and $20,000 USD per metric ton, the Chinese government claims to have achieved to reduce its production to $2,180 with a new extraction process.