> Why Windows Shipping the Linux Kernel Changes Everything - pirateswithoutborders.com

Why Windows Shipping the Linux Kernel Changes Everything 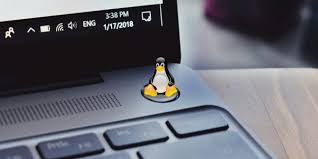 Microsoft is changing. Once a closed, monolithic organization with open hostility towards open sourced software, they now appear to be embracing it.

Along with some recent changes in attitude, including open sourcing Visual Studio Code, Windows are starting to embrace Linux. The Windows Subsystem for Linux (WSL) was an integrated virtual version of Linux within Windows.

A new version of WSL is on the way, and for some people, it's going to change everything!

Why Would I Want Linux?

At first glance, a Linux kernel within the Windows operating system might not seem too important. After all, if you already use Windows, why bother with Linux?

It turns out there are many reasons you might want to use Linux. Its stability and customizable nature makes it widely used across all forms of software development. Almost everything you see online and every app you use has a Linux server as its backbone.

Is a particular piece of software not working the way you want it to? Then contribute to the project to make it better!