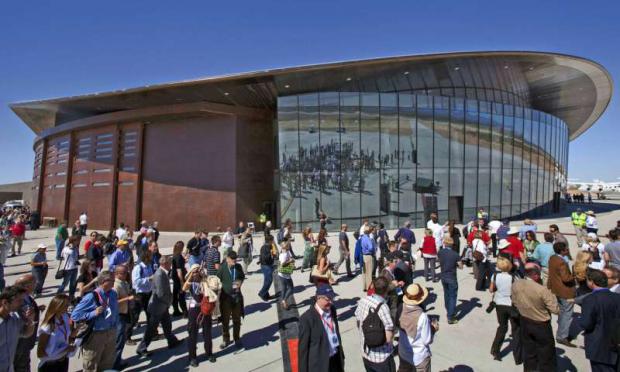 Spaceport America is no longer just a shiny shell of hope that space tourism would one day launch from this remote spot in the New Mexico desert.

The once-empty hangar that anchors the taxpayer-financed launch and landing facility has been transformed into a custom-tailored headquarters where Virgin Galactic will run its commercial flight operations.

Two levels within the futuristic building include mission control, a preparation area for pilots and a lounge for paying customers and their friends and families. Company officials will offer the first glimpse Thursday.

There's also space behind two massive sliding doors that can accommodate two of Virgin Galactic's carrier planes and a fleet of its six-passenger rocket ships.

Just how soon customers will be filing into Virgin Galactic's newly outfitted digs for the first commercial flights has yet to be determined. Company officials have said a small number of test flights are still needed.