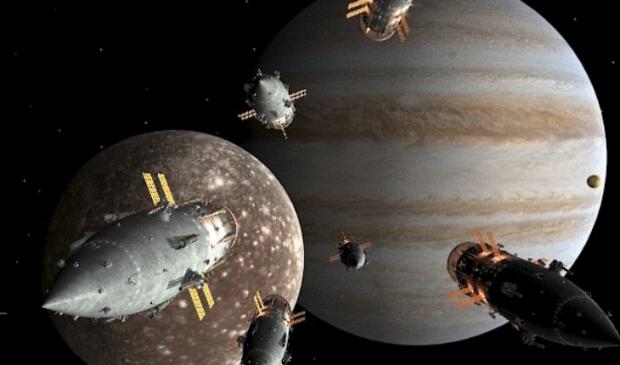 In George Dyson's book, he mentioned an Orion battleship model that was shown to President Kennedy. President Kennedy chose not to develop the project. Kennedy made this choice because he did not want the arms race to go that extreme. This was not a cancellation based upon technical problems.

Russia is now building superweapon concepts that were conceived in the 1960s that were never built.

A technically feasible superweapon is the Project Orion Nuclear Battleships.

This video shows where this ends up with fleets of nuclear Orion Battleships fighting in our solar system.

Rhysy says that he could have made this video far better and it was not finished. He wanted to add voice-overs and make other improvements. Go to this link to see Rhysy blog post discussing the video and a full index of the scenes in it. If there is enough financial maybe Rhysy could make improved visions of what Russia could develop in its desperate effort to use nuclear superweapons to stay relevant.