> Don't Just Police Your Brass - Clean it: The Antimicrobial Properties of Brass - pirateswithoutborders.com

Don't Just Police Your Brass - Clean it: The Antimicrobial Properties of Brass 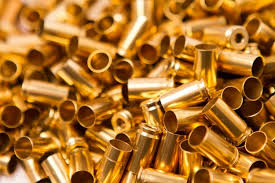 A very long time ago, recorded in a book now known as the Smith Papyrus around 2600 to 2200 B.C, is reported to be the use of copper to sterilize chest wounds and drinking water. In another papyrus, the Ebers Papyrus, written around 1500 B.C., it's reported that copper compounds were recommended for things like headaches, burn wounds, and 'trembling of the limbs'.

Over the centuries, copper has continually been found to be extremely beneficial in the medical field, and in 1832 copper workers were found to be immune to cholera. Today this is known as contact killing, and while copper bracelets and copper-based medicines were once commonly ridiculed as hoaxes and 'voodoo witch doctoring', it "has recently been registered at the U.S. Environmental Protection Agency as the first solid antimicrobial surface material.", according to the American Society of Microbiology. Don't let that quote confuse you. Silver continues to be our favorite anti-just-about-everything but, as a surface material, copper plays an equal part.

While copper has clearly been used for everything from tinctures to drinking utensils, and it is actually one of the elements in our body, oftentimes copper alloys, just like the copper remedies and treatments themselves, are forgotten or dismissed. Say hello to copper's alloy: brass.

Brass has some unique properties.

Like silver and copper, brass is antimicrobial. According to Professor Bill Keevil, head of the microbiology group at Southampton University, "Until relatively recently brass was a relatively commonly used surface. On stainless steel surfaces these bacteria can survive for weeks, but on copper surfaces they die within minutes. Part of the process DNA from bacteria is also destroyed just as rapidly on the copper, so you cannot get gene transfer on the surface."

Metals that kill germs on the surface? Yes. We've all known for quite a while that silver is priceless in the medicine chest. So too is copper and its alloys. Steel and stainless steel can't boast these properties. It's called The Oligodynamic Effect, and it's defined as a toxic effect of metal ions on living cells, algae, molds, spores, fungi, viruses, prokaryotic and eukaryotic microorganisms, even in relatively low concentrations. In laymen's terms, copper, brass, and bronzes are germ assassins. In a study by the National College of Kathmandu in Nepal, silver, brass, and copper were tested against water that had small doses of E. coli and Salmonella in it. Within 12 hours both bacteria had been eliminated completely.