> 'First of its Kind' Zero-Emission Geothermal Energy System in Canada May Soon Be in Your Tow - pirateswithoutborders.com 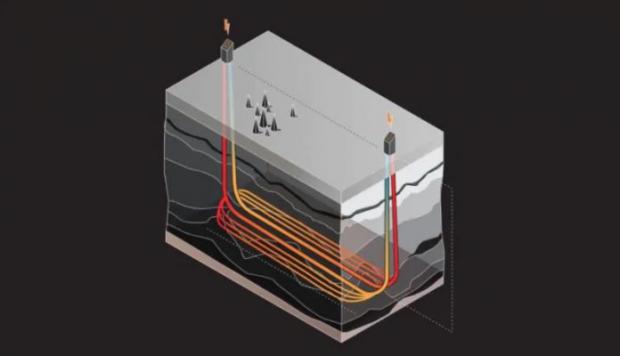 The Eavor Loop is a scalable closed-loop system that could soon allow us to generate consistent, unlimited electricity from the heat emanating from the Earth's core.

The system works like a radiator. The Eavor Loop consists of two wells that are drilled about 2 miles deep (3.5 kilometers) and 3 miles apart (5 kilometers) with several connecting pipes between the two. The wells then circulate proprietary fluid through the loop in order to absorb the Earth's heat and use it to make electricity.

The closed-loop design means that—unlike other geothermal projects—the system requires no fracking or water; it generates zero greenhouse gas emissions; it doesn't run the risk of polluting nearby water sources; and unlike wind or solar power, it does not depend on external elements to generate electricity.

"It's just a much more benign system and it's something that you can implement across 80% of the world instead of 5% of the world like traditional geothermal," Eavor Technologies CEO and President John Redfern told CBC News.

"You can put it almost anywhere. It's not like a windmill or solar panel … almost everything's underground so you can literally put it in someone's backyard." 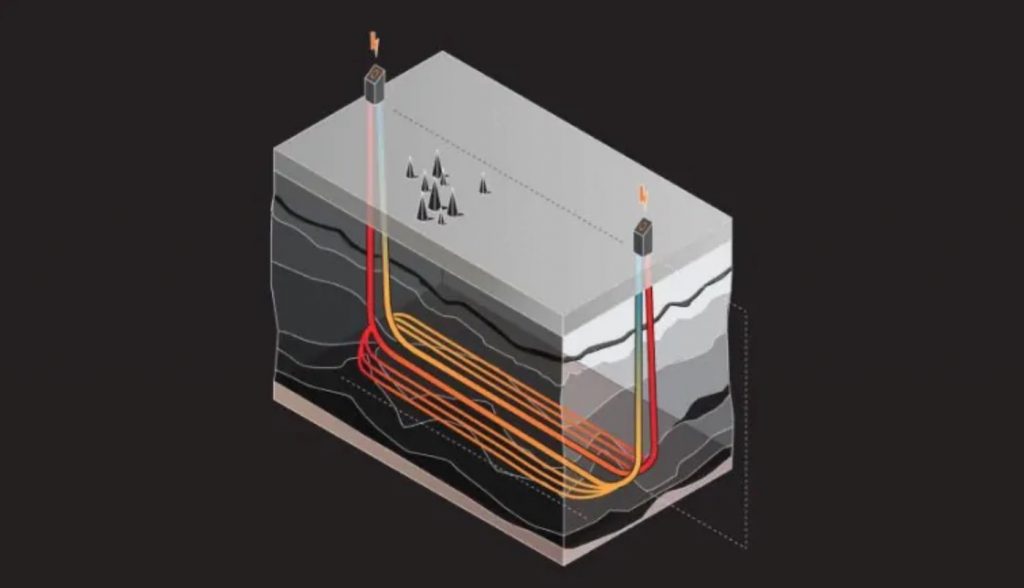 Eavor Technologies recently began construction on a new $10 million testing facility in Alberta. With the first-of-its-kind pilot project expected to conclude by the end of the year, government representatives have helped to fund the project with the hopes that it will provide new jobs for regional oil and gas workers who may want to transition into the green energy sector.