> SpaceX Could Have First Starlink Service By February 2020 - pirateswithoutborders.com

SpaceX Could Have First Starlink Service By February 2020 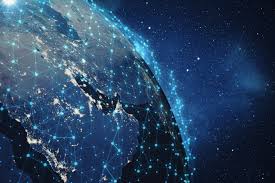 SpaceX can provide service top the USA and Canada after 360 satellites are operating in orbit. Previously SpaceX had talked about two launches in 2019 and seven launches in the first half of 2020. SpaceX could get the six launches they need to reach 360 Starlink satellites by the end of January 2020. They would then spend some time getting the satellites into the right positions.

If the 4th commercial Starlink launch happens in December then it seems likely that there would be two more in January, 2020.

SpaceX has already successfully deployed sixty production versions of the Starlink Satellite. 50 of those satellites are still working.