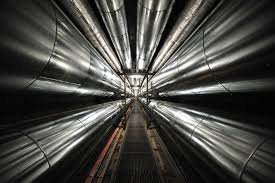 This is close to the one-cent target of the Anthropocene Institute. China is planning to build a lot of nuclear regular third-generation nuclear reactors and drive costs down by 40%. Learning to build Nth reactors cheaper could drive the costs of deep pool reactors to 1 cent per kilowatt-hour. Mass production and process improvements could then bring this solution to the one-cent per kwh target.

The cost projection is for a kilowatt-hour of thermal power but this heat can displace a large usage of coal. There is also a projection that China could mass-produce regular nuclear reactors for electrical power. The projection is that they could reduce costs by 40% from today's costs. This would get nuclear electric costs in 2030 to potentially less than 3 cents per kwh for electricity.

In 2014, the levelized cost of electricity (LCOE) in China was 4 cents per kwh for hydroelectric and other renewable energy (RE) power had costs ranging from 5 to 11 cents per kwh.

The nuclear district heaters will already be near the cost of traditional coal-fired boilers in China and around 40 percent of the cost to produce the same amount using a gas-fired boiler. China is not importing enough natural gas from Russia and other sources. A trade deal with the US would likely involve a lot of liquified natural gas which is more expensive.