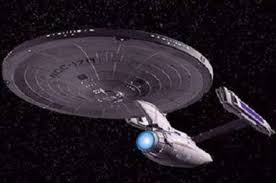 This was part of a session at The Future of Nuclear and Breakthrough Propulsion".

The detection of gravity waves indicates the effect is real. We can work to experiments to study it and then to optimize the efficiency of producing the desired effects.

Brian Wang has been covering the warp theory work since Alcubierre published his work. The original Alcubierre work needed a Jupiter-mass of exotic material. Harold White's work on warp bubble configuration and bubble thickness brought the theoretical power requirements to 500 kilograms (the mass of Voyager 1.) The work and attempts and experiments in 2014 had a gap between sensors and laser and magnet generation of effects at about 1 million times. We can boost sensor sensitivity several times. We can boost the effect generation. The point of the Agnew summaries is that there is a roadmap to closing the gap for experiments with the generation of detectable effects. Then we work on optimizing sensor and increasing the effect size. Any stable warping effect would magnify the capabilities of other propulsion. The LIGO (gravity wave) observatory detected gravity waves from colliding black holes and neutron stars. That work confirms physics related to Alcubierre warp propulsion.