> Into the great unknown: The Parker Solar Probe - pirateswithoutborders.com

Into the great unknown: The Parker Solar Probe 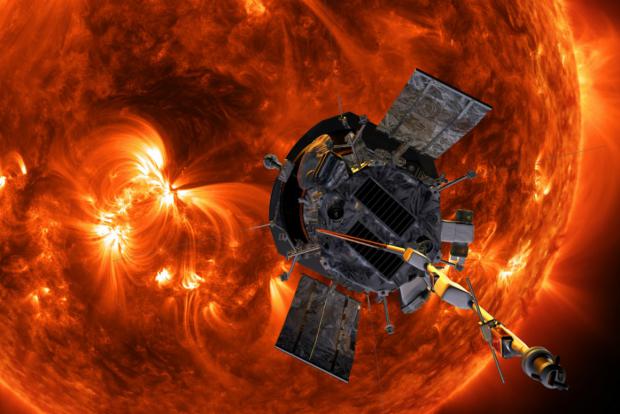 The inspiration for NASA's Parker Solar Probe can be traced back more than half a century. In 1958 an astrophysicist by the name of Eugene Parker published a paper detailing what he believed to be high speed matter and magnetism emanating from the Sun, and flowing outward through the solar system.

We now know these to be solar winds and that they can have a destructive effect on GPS, satellites and electrical grids. A better understanding of them could better protect these systems, and also reveal clues about what gave rise to life on our planet. Scientists have spent decades working to better understand these forces. Only now thanks to advances in thermal engineering, are they able to send a machine in for a closer look.

The Parker Solar Probe, named after the astrophysicist whose curiosity inspired it, is built to fly closer to the Sun that any spacecraft in history. It is around the size of a small car and is fitted with a 4.5-inch-thick (11.4-cm) carbon composite plate that serves as a heat shield. This sophisticated sunshade is able to, quite remarkably, keep the probe's equipment to a cool 85° F (29.5° C) by bouncing away the Sun's energy, even in environments of nearly 2,500° F (1,377° C).

Somewhat counterintuitively, these temperatures will be encountered in the Sun's outer atmosphere, known as the corona, which is around 300 times hotter than the surface. The reason the probe will be plying its trade here is because the corona is the birthplace of the most high-energy solar particles, and also happens to be where the solar winds go from subsonic to supersonic speeds.