> Artificial blood made in the laboratory could be transfused into ANY patient... - pirateswithoutborders.com

Artificial blood made in the laboratory could be transfused into ANY patient... 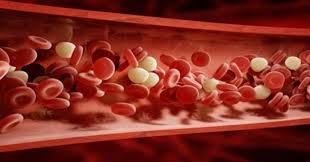 Scientists have developed artificial blood in the laboratory that they claim could be transfused into patients regardless of their blood type.

A team of Japanese experts created the 'blood' complete with red blood cells, which carry oxygen, and platelets, which trigger clotting when the skin is cut or grazed.

When tested on 10 rabbits with severe blood loss, six survived.

The scientists claim this is comparable to if the animals were treated with real blood.

They believe their invention could save those who would otherwise die by enabling injured people to be treated immediately at the scene.

Patients often have to go to hospital where doctors discern their blood type before a transfusion. Some air ambulances in the UK already carry supplies of O-negative blood, which is dubbed the 'universal' type because it can be given to anyone in an emergency. But it's also the rarest, meaning demand far outstrips supply.