> Chickenpox: The Dirty Dozen Facts You Should Know Before Vaccinating - pirateswithoutborders.com

Chickenpox: The Dirty Dozen Facts You Should Know Before Vaccinating 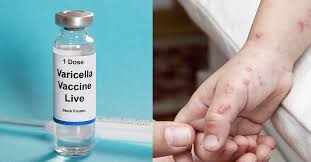 Prior to varicella vaccine licensure, chickenpox was a mild childhood disease that presented as a rash and slight fever. Contracting chickenpox as a youth conferred lifetime immunity to chickenpox and protection against heart disease, atopic diseases and cancers, including glioma brain and spinal tumors.1
Before Merck introduced the varicella vaccine, 4 million people contracted chickenpox annually with 100 deaths, half of those deaths were in children. CDC reports, "Death occurred in approximately 1 in 60,000 cases" (not 1/100 as per Dr Reiwart).2
Half the deaths were in adults who missed the infection in childhood.3
In adults, chickenpox presents as pneumonia or can reactivate as shingles (herpes zoster) According to Dr. Jane Seward of the CDC, Chickenpox in adults has twenty times the risk of death and 10-15 times the risk of hospitalization as chickenpox in children.4
Shingles is twice as deadly as chickenpox5 and can also cause debilitating pain (called post herpetic neuralgia or PHN) and blindness.
Merck's varicella vaccine and booster cost $100 each. The total cost to theoretically save 50 children is approximately $1 billion dollars or $20 million per child life saved (i.e., $1 billion in vaccine costs—based on $100 for the initial vaccine and $100 for the booster for 4 million children annually, plus a $50 vaccine administration fee for both vaccines—divided by 50 childhood deaths). For reference, the maximum compensable value of a child's life is $250,000 in the Vaccine Court.6