> SpaceX Will Go To Orbit With Starship ASAP After 20 km Works - pirateswithoutborders.com 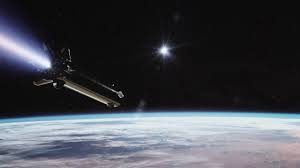 Elon also tweeted that SpaceX was selected by NASA to launch the DART mission. This will be precursor mission to develop the capabilites to deflect asteroids.

SpaceX's Starship and Super Heavy rocket are designed to deliver satellites to Earth orbit and beyond, at a lower marginal cost per launch than our current Falcon vehicles. With a 9m diameter forward payload compartment, larger than any other current or planned fairing, Starship creates possibilities for new missions, including space telescopes even larger than the James Webb.