> The Next Generation Vaccines Will Permanently Alter Your DNA with Synthetic Genes - pirateswithoutborders.com 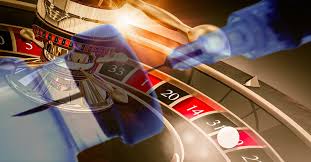 Senator Ed Markey introduced a bill that would funnel no less than a billion tax dollars toward the project. The National Institute of Allergy and Infectious Diseases researchers are working on a DNA vaccine that, instead of injecting a piece of virus into a person to stimulate an immune response, would inject synthesized genes. [No matter what the promoters (who will be given the money) say, if genes are edited, deleted, or added, there inevitably will be unintended consequences. These unintended traits can never be removed from the human gene pool. Once monsters are created – even accidentally – they will be with us forever.] -GEG

Children's Health Defense Note: CHD has internal documents in which the FDA acknowledges that technology that allows for the creation of these new vaccines has outpaced their ability to predict adverse events. Shouldn't our federal agencies be calling for a moratorium until we have that knowledge—especially since it is heavily reported that the CDC/FDA post-marketing surveillance systems are inadequate to pick up problems after licensure?