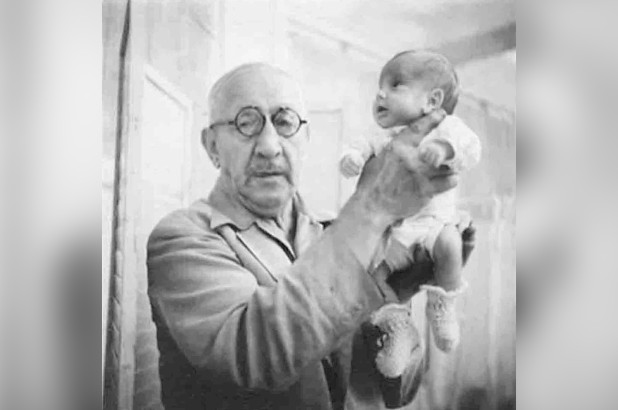 When Marion Conlin gave birth to twins earlier than expected in a Brooklyn hospital in May 1920, one of her babies was already dead. Her doctor bluntly told the woman and her husband, Woolsey, "Don't rush to bury that one, because you will need to bury the other one too . . . She's not going to live the day."

But Woolsey was not giving up on the other so easily.

The couple had honeymooned the previous year in Atlantic City, and Woolsey recalled a sideshow exhibit featuring prematurely born babies whose lives were saved right there on the Boardwalk. Resting in new machines called incubators, the babies made medical history while serving as a prime attraction for gawking tourists.

Woolsey also remembered hearing that the same doctor had set up a similar exhibit in Coney Island. So while their own doctor tried to convince them that all was lost, Woolsey grabbed his 2-pound daughter, ran from the hospital and hailed a cab, hoping the Coney Island sideshow could save her life.

A new book, "The Strange Case of Dr. Couney: How a Mysterious European Showman Saved Thousands of American Babies," by Dawn Raffel (Blue Rider Press), tells the story of Martin Couney, a self-appointed "doctor" — his credentials turned out to be nonexistent — who nonetheless saved thousands of infants, and introduced incubators to the modern world.

What little is known about Martin Couney is that he was born in Prussia in 1869 as Michael Cohn and changed his name after immigrating to New York at 18.

He does not appear to have had any medical credentials, and while he often claimed to be a protege of the world-renowned French doctor Pierre-Constant Budin, who popularized incubators in Europe, there is no evidence for this claim.

What is true is that whatever his motive, he spent 40 years as the only medical hope for parents of babies born too early in New York City and beyond. Raffel estimates he saved between 6,500 and 7,000 lives.

Incubators were invented in Europe in the late 19th century, the evolution of innovations from Russia, Germany and France. Couney claimed that in 1896, Budin, an actual pioneer in the field, sent him to display incubators at the Great Industrial Exhibition of Berlin. Rather than stand next to empty machines, Couney, referring to the displays as "child hatchery," said he realized how much more effective it would be if they housed actual babies being saved for the public to see.

The truth about where Couney first encountered these machines, and his motivation for making them the great cause of his life, is unknown. Raffel believes he did not attend the 1896 exhibition at all, but heard about it, and became associated with the machines soon after.

"The exhibition in Berlin made a big splash," Raffel says. "It was written up in newspapers all over the place, including the United States, and showmen started becoming interested in it."

However it began, Couney toured the machines around America and established a show in Coney Island in 1903, one block away from the Luna Park amusement park.

The exhibit ran in that general area for the next 40 years. Visitors were charged a quarter to view the babies, and the money went to their care.

As one might expect, people didn't know what to make of the exhibit at first.

Beth Allen today. She was one of the babies Martin Couney rescued.AP

A reporter for the Brooklyn Eagle newspaper, in a story headlined "Strangest Place on Earth for Human Tots to be Fed, Nursed and Cared For," wrote that the idea of "haranguing the passing throng in an effort to divert its shekels for a spectacle so serious, not to say sacred, strikes one as questionable, almost repellent." But by the end of the piece, the author's impression had turned positive, praising the care the children received.

Couney hired barkers to stand outside the exhibit and attract customers, screaming slogans like, "Don't forget to see the babies!" In 1922, one of his barkers was a young British actor named Archibald Leach, who later changed his name to Cary Grant.

Couney himself developed into quite the showman, hamming it up for the press and the crowds.

"Every blistering, footsore day, he would station himself at the door to his show — 'All the world loves a baby! Once seen, never forgotten!' " Raffel writes. "He never got tired of talking to the public, not even the Dummkopfs who deduced he'd made the little critters. ('Hiya, Doc, where'dja get the eggs?') Sometimes they wanted to order one fresh for themselves."

But for all his showbiz, Couney was in the lifesaving business, and he took it seriously. The exhibit was immaculate. When new children arrived, dropped off by panicked parents who knew Couney could help them where hospitals could not, they were immediately bathed, rubbed with alcohol and swaddled tight, then "placed in an incubator kept at 96 or so degrees, depending on the patient. Every two hours, those who could suckle were carried upstairs on a tiny elevator and fed by breast by wet nurses who lived in the building. The rest [were fed by] a funneled spoon."

A photograph of an incubator at Dr. Martin Couney's Coney Island incubator sideshowAP

Even the nurses — whose genuine medical degrees helped make up for the absence of Couney's in instances such as signing death certificates — understood that maintaining the show business of it all was key to keeping the operation alive. They would often feed or bathe the babies where people could watch, and one nurse would "flash a diamond ring and slip it over an infant's wrist, all the way up its skinny arm, to demonstrate scale."

While Couney couldn't save every baby, Raffel writes that "most of the patients went home in a couple of months." It's unverified, since Couney never published anything or left any records of his work, but he claimed an 85 percent survival rate, once saying most deaths occurred within 24 to 48 hours of his receiving a baby.

Beth Allen today. She was one of the babies Martin Couney rescued.