> Then They Came For Your Mind: The Untold Story of Psychosurgery - pirateswithoutborders.com

Then They Came For Your Mind: The Untold Story of Psychosurgery 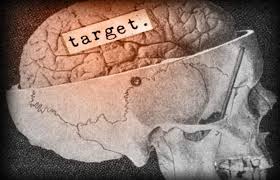 Dr. Breggin gives an account of his activism and struggle against psychosurgery more than 50 years ago – a 1960s-70s era campaign to legitimize the destruction of the brain, and utilize an evolving and increasingly technological mode of intervention in the brain using implanted electrodes to target minute areas in the brain tied to behavior, and to use radio frequency (RF) monitoring and activation to control moods, attitude and perhaps even thought.

Worse, the practitioners and agenda-makers who were pushing this dangerous new era of intervention in our private mind space were doing so on the basis of PREEMPTIVELY disabling those identified as 'potentially violent.' As we detailed in 'The Minds of Men,' a massive campaign was underway in the wake of mass shootings and assassinations to screen the public, and draw a wide net of people they wanted to pacify and take out of the equation.