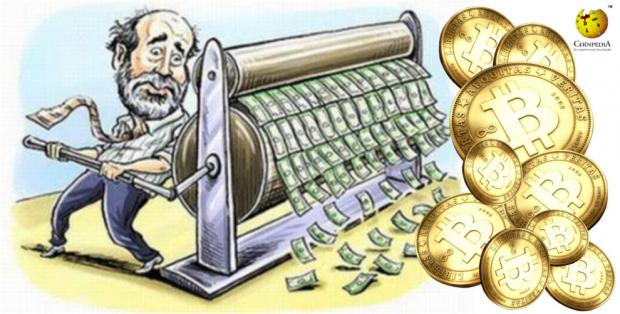 2019 saw the adoption of blockchain go through the roof, with many global economies figuring out regulations and announcing their own centrally-backed digital currencies. However, according to former U.S. Federal Reserve Chairman Alan Greenspan, there is no need for a digital currency issued by central banks at all.

Greenspan, who attended the Chinese finance magazine Caijing's annual Economic Outlook Conference, said that there was "no point for them to do it." The former Chairman noted that national currencies are backed by sovereign credit, something that no other organization could offer.

While talking about sovereign credit, Greenspan also took a shot at Facebook's Libra and said,

"The fundamental sovereign credit of the United States is far in excess of anything Facebook can imagine."

Libra entered the market with a bang. However, it could not resist regulatory pressures and its launch has since been postponed. Alas, the project did influence China, with the country now set to lead the blockchain revolution with its own central bank-issued digital currency.

Greenspan's views run contrary to the views of many banking officials across the world. Philadelphia's Federal Reserve President Patrick Harker for instance, claimed that central banks will issue their own digital currencies, calling it inevitable.