> Doctors Have Officially Frozen And Reanimated A Human Being For The First Time - pirateswithoutborders.com 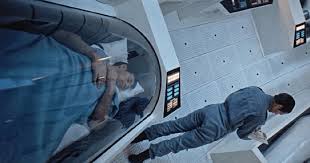 Without a breakthrough in physics that would allow human beings to enter a state of suspended animation (or faster than light travel), it wouldn't be possible.

But now, it looks like doctors have made progress with actually freezing and reviving human beings. Samuel Tisherman, a professor at the University of Maryland School of Medicine, has led a team that has actually put a human being into suspended animation, according to the Daily Star.

Tisherman told New Scientist that he replaced a human's blood with ice-cold saline solution. He called the whole ordeal "a little surreal". The patient was then removed from the cooling system and taken to an operating theater for a two hour surgical procedure before having their blood restored and their body warmed back up to its normal temperature.