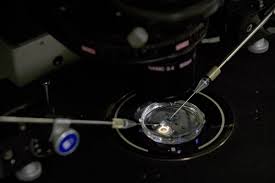 The gene editing performed on Chinese twins to immunise them against HIV may have failed and created unintended mutations, scientists have said after the original research was made public for the first time.

Excerpts from the manuscript were released by the MIT Technology Review to show how Chinese biophysicist He Jiankui ignored ethical and scientific norms in creating the twins Lula and Nana, whose birth in late 2018 sent shockwaves through the scientific world.

He made expansive claims of a medical breakthrough that could "control the HIV epidemic", but it was not clear whether it had even been successful in its intended purpose – immunising the babies against the virus – because the team did not in fact reproduce the gene mutation that confers this resistance.

A small percentage of people are born with immunity because of a mutation in a gene called CCR5 and it was this gene that He had claimed to have targeted using a powerful editing tool known as Crispr which has revolutionised the field since 2012.