> Meet Marty, The Electric Autonomous DMC DeLorean That Drifts By Itself - pirateswithoutborders.com

Meet Marty, The Electric Autonomous DMC DeLorean That Drifts By Itself 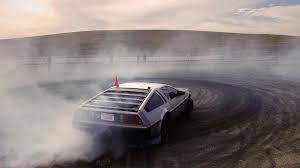 Will autonomous cars ever be as competent as human drivers? That is the most pressing question about self-driving technology. Because of Jonathan Goh and Chris Gerdes, from Stanford's Dynamic Design Lab, we'll have an entirely opposite question to make: will humans ever be as competent as this autonomous electric car? It is way more than that, to be honest. It's a 1981 DMC DeLorean with two electric motors on the rear axle that is called the Multiple Actuator Research Testbed for Yaw control. Marty, for short.

This car is fantastic for much more than the clever name, a tribute to Michael J. Fox's character in the "Back To The Future" trilogy. It also goes sideways as if it was not a huge challenge. If some cars offer a drift mode, such as the Ford Focus RS, there will be a time in which this mode will include the vehicle doing the whole process for the driver.