> China On Verge Of Decoupling From US GPS Network - pirateswithoutborders.com

China On Verge Of Decoupling From US GPS Network 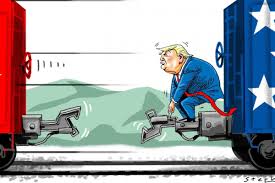 China's Beidou network of satellites is expected to be completed at the end of 1H20 when the last two of 35-satellites will be launched.

The Beidou GPS network will be 17% larger than the current 30 satellites operated by the US-owned GPS.

The strategic purpose of China's new GPS is to decouple from the West's GPS and provide service to Southeast Asia, South Asia, Africa, and Eastern Europe.

China's rapid advances in fifth-generation wireless communications (5G) and satellite technology present a significant challenge to the US hegemony over the global telecommunications infrastructure.

News of GPS decoupling between China and the US comes as tensions ease over trade. Still, it seems the world's two largest economies have entered a new period of sustained competition that will result in further decoupling.

China's Beidou network of satellites will be able to support 70% of all Chinese smartphones.