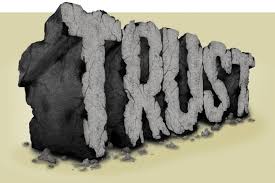 That's because our American ancestors didn't trust governmental power. They clearly understood, based on both historical knowledge and life experience, that the greatest threat to their freedom and well-being lay with their very own federal government.

That's why there was such a deep antipathy toward a type of government that had an enormous and permanent military-intelligence establishment. Our American ancestors knew that a government of that nature would wield the power to destroy their liberty and well-being.

Even though the American people ended up accepting the Constitution and its concept of limited power, there were still very leery of the new federal government. For more than 10 years before they accepted the Constitution, they had operated under a type of governmental system called the Articles of Confederation, under which the powers of the federal government were so weak that it wasn't even given the power to tax.