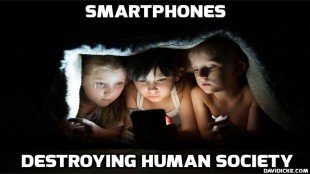 According to a 2018 survey, 66% of Americans don't want to live in "Smart Cities" because of privacy and cybersecurity concerns.

Another downside – "Smart Cities" require countless wireless radiation transmitting devices operating 24/7.  Many Americans object to being involuntarily exposed to harmful radiation.  No safe level of wireless radiation has been determined for children or pregnant women.  American Academy of Pediatrics and other health experts also warn that children are more vulnerable to exposure.

Regardless, several communities in Florida seem to be considering becoming a "Smart Cities."  Otherwise, this elaborate online document wouldn't have been created.  It provides all kinds of details including that Bluetooth and wireless WiFi devices transmit even when disconnected (page 22).