> Rolls-Royce plans to build up to 15 mini nuclear reactors in Britain - pirateswithoutborders.com 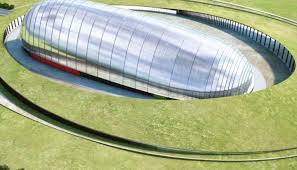 In a BBC Radio 4 interview with business journalist Katie Prescott on January 24, 2020's Today program, Paul Stein, chief technology officer for Rolls-Royce, said that the company is leading a consortium to produce factory-built modular nuclear reactors that can be delivered for assembly by ordinary lorries.

Currently, the world is undergoing a boom in nuclear power. According to the World Nuclear Association, there are 448 operating civilian reactors and another 53 under construction. However, almost all of these are being built in Eastern Europe and Asia, with China alone building more reactors than the entire Western world combined.

Part of the reason for this is political with every reactor program in Europe or North America facing implacable environmentalist opposition and part of it is the expense of building and operating large reactors in an energy economy now dominated by cheap natural gas.