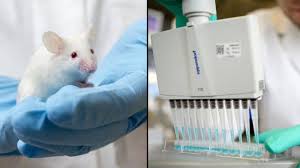 A massive breakthrough in the search for a cure for diabetes has been made by researchers who have successfully cured diabetes in mice for the first time using converted human cells to keep the disease at bay.

The human stem cell strategy functionally cured the disease in mice for at least nine months and in some cases up to a year, giving hope to the millions of human patients around the world.

The converted cells allowed the mice to rapidly produce enough insulin to break down high blood sugar causing diabetes. Tests saw their sugar levels return to a normal, safe level in as little as two weeks.

Around 400 million people globally have diabetes, for which there is currently no cure. People can manage the disease through diet, lifestyle changes and medication.

Scientists at the Washington University School of Medicine in St. Louis revealed on February 24 that they had successfully converted human stem cells into insulin-producing cells and demonstrated in mice infused with the converted cells that they can act as a rapid cure to diabetes.