Russia is aiming to replace human soldiers with 'faster and more accurate' robot ... 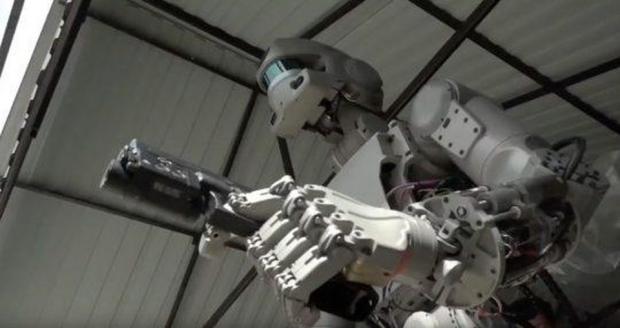 A top Russian researcher has claimed that 'faster and more accurate' robots will replace their soldier 'brothers' in combat on the battlefield.

'Living fighters will gradually begin to be replaced by their robotic 'brothers' who can act faster, more accurately and more selectively than people,' Vitaly Davydov told local media in April. Davydov is the deputy director of Russia's Advanced Research Foundation.

Davydov has said robotics will be the future of military conflict due to their increased speed and because they can be more accurate in target selection.

Russia will begin testing their newly developed robot, the Marker UGV, towards the end of this year.

In July last year, the country also sent an humanoid droid into space.

'There is a still-classified Russia's military robotics road-map that sketches out various stages of Russian unnamed military developments, which undoubtedly has been influenced by Russian military actions and experience in Syria,' Samuel Bendett, an adviser at the Center for Naval Analyses, told Forbes.