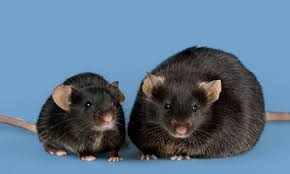 The immune cells at the center of the study are known as macrophages. These cells are responsible for inflammation responses, which are crucial for destroying pathogens. Chronic low-grade inflammation is also known to occur in people with obesity.

For the new study, researchers from Washington University School of Medicine in St. Louis investigated whether reducing that inflammation could help cut down on weight gain. To do so, the team blocked a gene called ASXL2 in the macrophages.

In one group of mice, the researchers deleted the ASXL2 gene from the animals' macrophages. In a second group, the mice were instead injected with nanoparticles that disrupt the gene's activity. Both groups were fed high-fat diets for six weeks, as was a control group that received no treatment and had a fully functioning ASXL2 gene.