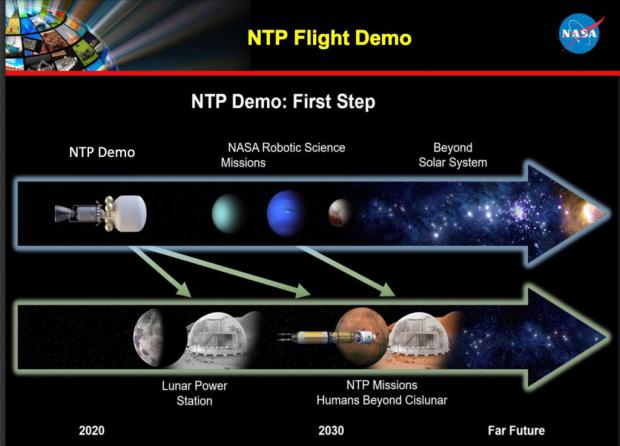 BWX Technologies, Inc. (BWXT) is working with NASA in support of the agency's Nuclear Thermal Propulsion (NTP) Project. BWXT is responsible for initiating conceptual designs of an NTP reactor in hopes of powering a future manned mission to Mars.

The NTP project seeks to dramatically decrease travel time to and from Mars, while increasing payload size due to a lighter-sized aircraft. Compared to its chemical counterpart, a nuclear thermal rocket possesses twice the propulsion efficiency due to its high-thrust engine and ability to accelerate propellant at high speeds. Given NTP's advantages over traditional chemical propulsion systems, NASA estimates the technology will reduce transit to the Red Planet from six months to four.

NASA is testing fuel pellets and other components of the system.

China is starting to operate a pebble bed nuclear for commercial power generation at 210 megawatts of electrical power.