Laser Induced Annihilation Reactions Would be a Superior Space Drive 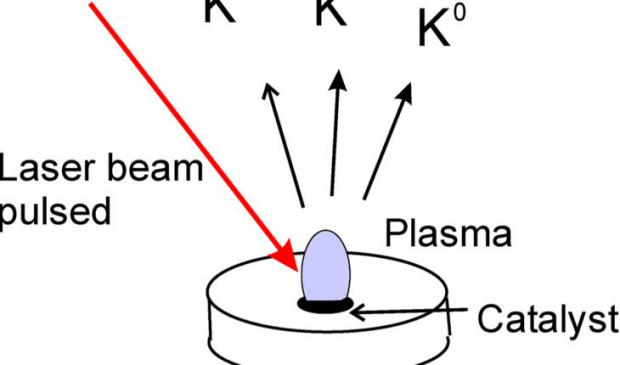 Until now, no technology was known that would be able to give rocket exhaust at relativistic speed and a high enough momentum for relativistic travel. Here, a useful method for relativistic interstellar propulsion is described for the first time. This method gives exhaust at relativistic speeds and is a factor of at least one hundred better than normal fusion due to its increased energy output from the annihilation-like meson formation processes. It uses ordinary hydrogen as fuel so return travel is possible after refueling almost anywhere in space.

The nuclear processes give relativistic particles (kaons, pions and muons) by laser-induced annihilation-like processes in ultra-dense hydrogen H(0). The kinetic energy of the mesons is 1300 times larger than the energy of the laser pulse. This method is superior to the laser-sail method by several orders of magnitude and is suitable for large spaceships.

Researchers are working on an annihilation-like method. It is well studied in the laboratory and gives initially fast kaons and pions from protons or deuterons by annihilation-like processes. They use the phrase annihilation-like since the practical evidence and use is more important for its characterization than the claim inherent in the strict nomenclature without the -like. The necessary antimatter used is concluded to be formed by oscillations of the quasi-neutrons initially formed in the ultra-dense hydrogen by laser-induced processes from spin state s?=?2 to s?=?1. Considerable progress in the understanding of these complex nuclear processes has been made already. Thus, a practical solution exists for the annihilation rocket drive, ejecting relativistic massive particles and not only photons.