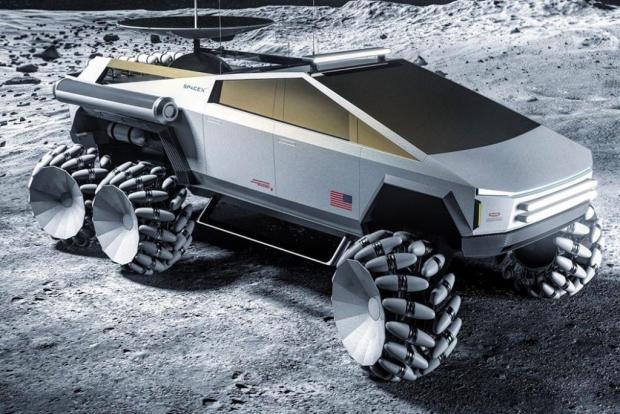 Hypebeast has rendered a Tesla Cybertruck as a six-wheel lunar rover.

Cybertrucks could be converted into bulldozers and mining machines.

Nextbigfuture has noted that with about 20 lunar missions with SpaceX Starships, SpaceX could build a one gigawatt industrial moon base. This would use solar power and batteries.

Philip Metzger has a study of mining water on the moon. If water is mined on the moon then it could save satellite missions to geosynchronous orbits about $100 million. If SpaceX can build the Moon base and mining operation for about $4-10 billion, then they could easily capture the $2-3 billion in revenue from providing lunar water for space operations.