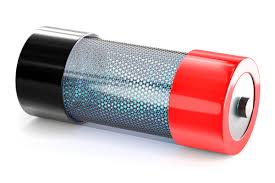 Scientists at Brown University are reporting a new design that overcomes some of the key hurdles, using a delicate mix of ceramics and the wonder material graphene to produce the toughest solid electrolyte to date.

As the solution that carries the lithium ions back and forth between the anode and cathode while the battery is charged and discharged, liquid electrolytes play an important role in the function of today's lithium-ion batteries. But these highly volatile liquids bring a risk of fire when the battery short circuits, so there is room for improvement in terms of safety.

Beyond that, alternative electrolytes could offer greater energy density and even allow for other components of the battery to be upgraded, too. For example, the anode is typically made out of copper and graphite, but scientists believe a solid electrolyte would enable the battery to function with a pure lithium anode, something that could break the "energy-density bottleneck," according to one recently published study.