> Dark matter: What is it, how do we know it's there and will we find it? - pirateswithoutborders.com

Dark matter: What is it, how do we know it's there and will we find it? 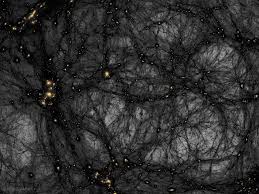 But there's plenty of evidence that this material is very real. So what exactly is dark matter? How do we know it's there? And how are scientists looking for it?

Everything we see around us – from plants to planets, stones to stars, people to the Perseus galaxy cluster – is made of matter. But all of this only accounts for about 15 percent of the total matter in the universe. The overwhelming majority, that remaining 85 percent, is unaccounted for – and we call it dark matter.

This name isn't describing what this strange stuff looks like – it earns that title because it doesn't absorb, reflect or refract light, making it effectively invisible. And there's nothing that can explain it in the Standard Model of particle physics, which remains our best theory on the universe.