> Space suit from "2001: A Space Odyssey" could break records at auction - pirateswithoutborders.com 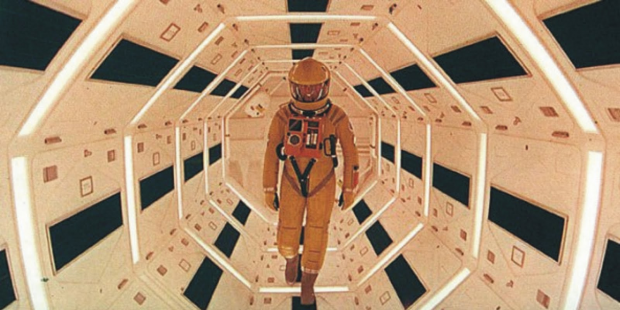 This makes the upcoming auction of the space suit used by Dr. Dave Bowman in the Stanley Kubrick masterpiece, 2001: A Space Odyssey (MGM, 1968), potentially one of the science fiction auctions of the year.

The screenplay for the movie was written by Kubrick and Arthur C. Clarke, and although it received considerable criticism in its early days, the movie is now considered one of the most important artistic works of the 20th century and is always a contender in any discussion of the greatest films of all time.

Central to the movie is this suit, which is largely comprised of various parts of different suits used throughout the movie. Some helmets were reused and repainted throughout the production and this one has four layers of paint – one or more layers of white, then green, then yellow, and then white, its present color.

This indicates that it was used in different scenes by multiple actors and hence used by more than one character. The near complete costume has a silver body suit, blue back pack and white helmet, but the helmet appears to have been used as a lunar type (white), then as two Discovery type helmets (green and yellow).

Most notably, the base green layer of paint seen in chips, cracks, and green overspray throughout the helmet surface suggests that it may have been the helmet worn by Keir Dullea, who portrayed Dr. Dave Bowman, the lead astronaut on the film's Discovery mission to Jupiter.