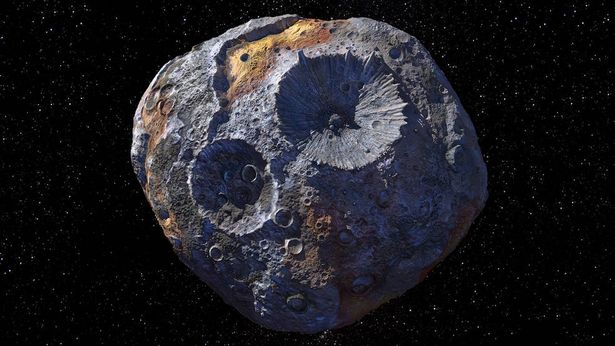 NASA is preparing to send a groundbreaking space robot to an asteroid claimed to be worth more than our global economy.

Plans to send the "Psyche" aircraft to a 140-mile wide asteroid called "16 Psyche" have been under way for some time.

But this week, it has passed a major milestone in NASA's bid to launch the robot in August 2022.

It has passed a critical design review meaning everyone is satisfied it will work as expected.

Once it gets there, it will explore the metal-rich asteroid that boasts iron, nickel and gold.

It could even be the core of dead planet that lost its outer layers.