Hybrid solar converter harvests both sunlight and heat at 85% efficiency 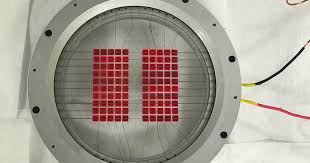 The device reportedly has high efficiency and runs at low cost, allowing industry to make use of a wider spectrum of solar energy.

The most common way of collecting energy from the Sun is through photovoltaics. These solar cells produce electricity from sunlight, and they're so simple that they're built into everything from garden lights to the grid itself.

But it's not the only way. Solar concentrators collect heat instead of light, focusing the Sun's rays to heat up a contained fluid. This can then be used to generate electricity – say as steam turning a turbine – or more directly, to heat homes or for other industrial processes.

Normally these two systems are separate, but attempts have been made to pair them up into single hybrid devices, often resulting in lower efficiency or higher cost. But now researchers claim to have created a new hybrid solar energy converter that mixes the best of both worlds.