Carbon fiber exoskeleton is the latest to boost worker safety 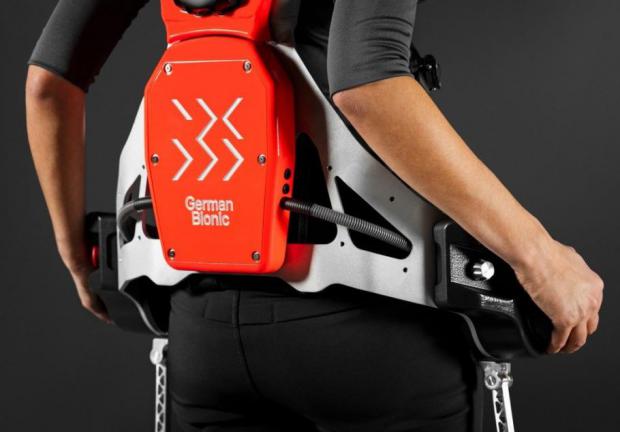 Typically worn over the clothing on the torso (or even the whole body), industrial assistive exoskeletons incorporate electric motors – or sometimes just springs – that augment the wearer's muscle power as they lift items, reach up, squat, or perform other physically demanding tasks.

The 4th-gen Cray X is no different, utilizing two servo motors to offset lifted loads of up to 28 kg (62 lb). In doing so, it's claimed to protect the user's lower back from excessive strain. Power is supplied by a removable lithium battery pack, which should reportedly be good for eight hours of runtime per charge.

The new exoskeleton is also compatible with the Internet of Things, allowing it to be wirelessly linked to the infrastructure of "smart factories," and to automatically receive over-the-air firmware updates. It can additionally be used with the company's augmented reality Cray Visor, which overlays a head-up display on the wearer's view of the task at hand.

German Bionic is now offering the 4th-gen Cray X on a subscription model to corporate clients, with rates starting at €699 (about US$794) per month.