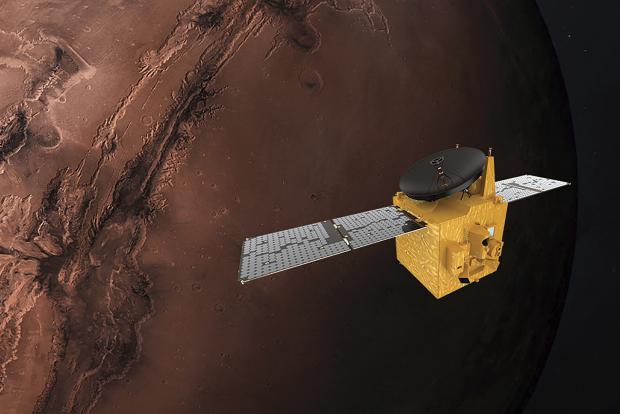 The launch of the orbiter — named "Amal" in Arabic, or "Hope" — from Tanegashima Space Center on a small southern Japanese island was initially scheduled for this past Wednesday, but was delayed due to bad weather in the region.

Mitsubishi Heavy Industries, the provider of the H-IIA rocket, announced Sunday that the launch would proceed at 6:58 a.m. Monday (2158 GMT Sunday). The preparation has been completed, and the rocket is now on the launch pad, Mitsubishi said.

Hope is expected to reach Mars in February 2021, the year the UAE celebrates 50 years since its formation. A successful Hope mission would be a major step for this OPEC-member nation home to the skyscraper-studded tourist destination of Dubai. The Emirates have set ambitious plans for space, including pledging to build the first inhabitable human settlement on Mars by 2117.

While raising eyebrows with that goal, the UAE has successfully built a space program with local talent working out of the Mohammed bin Rashid Space Center in Dubai. The Hope probe was built here by a program cooperating with other nations to quickly reach out to the stars. The UAE already sent its first astronaut to space last year on an eight-day mission to the International Space Station.

"It sends a very strong message to the Arab youth that if the UAE is able to reach Mars in less than 50 years, they could do much more," Omran Sharaf, the project director of Emirates Mars Mission, told The Associated Press on Sunday as his colleagues prepared for the launch.