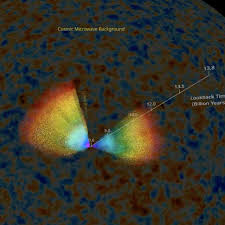 The efforts of hundreds of scientists from around 30 institutions worldwide have yielded a "complete story of the expansion of the universe", said Will Percival of the University of Waterloo in Ontario, Canada.

In the project launched more than two decades ago, the researchers made "the most accurate expansion history measurements over the widest-ever range of cosmic time", he said in a statement.

The map relies on the latest observations of the Sloan Digital Sky Survey (SDSS), titled the "extended Baryon Oscillation Spectroscopic Survey" (eBOSS), with data collected from an optical telescope in New Mexico over six years.

The infant Universe following the Big Bang is relatively well known through extensive theoretical models and observation of cosmic microwave background -- the electromagnetic radiation of the nascent cosmos.