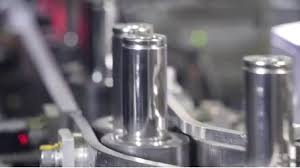 Tesla has a battery research team located in Canada. It works side-by-side with world-renowned battery expert Jeff Dahn. We've known for some time that Dahn was working on what could be a million-mile battery. He's also continuously working on new battery cell chemistries to revolutionize the industry.

With that said, we tend to hear about a "battery breakthrough" nearly every day. When diving into the details, it's usually clear that the potential breakthrough is actually years away, hasn't been tested in electric cars, and has about as many negatives as it does positives.

In this recent case, that doesn't seem to be true. In addition, we're talking about Tesla, the world's leader in the EV space, as well as Dahn, arguably one of the utmost authorities on batteries. We know that Tesla is hosting its Battery Day in the near future, and the company has been hinting at a million-mile battery and/or "secret" battery projects for some time now.