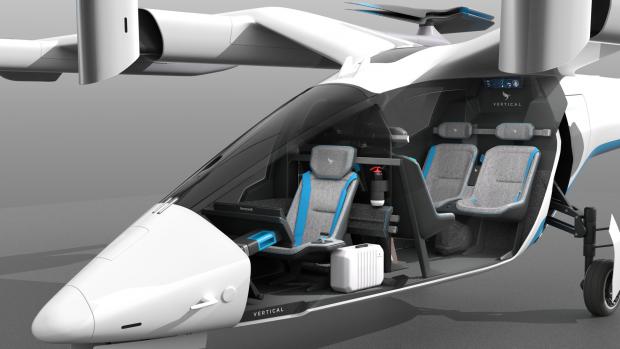 The VA-1X uses four tilting rotors on the leading edge of a long wing, with another bank of four rotors behind that stay in a vertical takeoff orientation, but separate and dovetail together to reduce drag once the aircraft gains enough horizontal airspeed to fly efficiently on the wing. The team expects a top cruise speed of around 150 mph (241 km/h), and a range of up to 100 miles (161 km) between charges from its lithium-based battery pack. It's designed to take off and land on a standard sized helipad, but much more quietly.

The company says the VA-1X is "set to be the world first certified winged all-electric Vertical Take-Off and Landing (eVTOL) aircraft," which made us wonder, among other things, how Vertical Aerospace feels it will beat other companies like Lilium and Joby to the punch despite the fact that they're already well into testing of their transitioning eVTOL aircraft designs.

So we arranged a chat with Vertical Aerospace Chief Engineer Tim Williams, who joined the company a few months ago after some ten years as a Chief Engineer at Rolls-Royce, where he was accountable for a wide range of combat, transport and helicopter engines. What follows is an edited transcript.

Loz: Congratulations on your new concept, very nice looking aircraft you've got there!

Tim Williams: Thanks, yeah it is! We've put a lot of work into it, and there's still a long way to go, but it's shaping up to be really good.